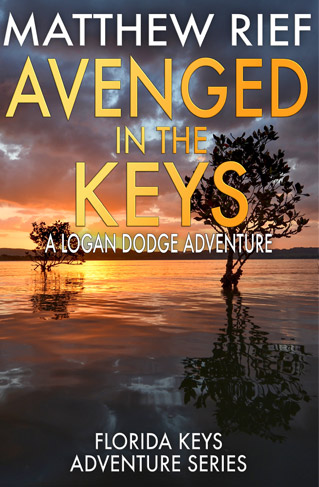 Avenged in the Keys

On a seemingly normal day in paradise, a local treasure hunter is murdered just hours after discovering the biggest find of his life. Sensing a storm brewing, former Navy SEAL Logan Dodge puts his island lifestyle on hold and takes a well-armed boat trip to the Upper Keys to investigate.

Logan and his former mercenary wife quickly discover that an infamous white supremacist group is behind the murder, and that the ruthless band of criminals is out for more than just blood. Their vile, conniving leader is hell-bent on finding a lost civil war treasure that, if acquired, will take their brutal operation to another level.