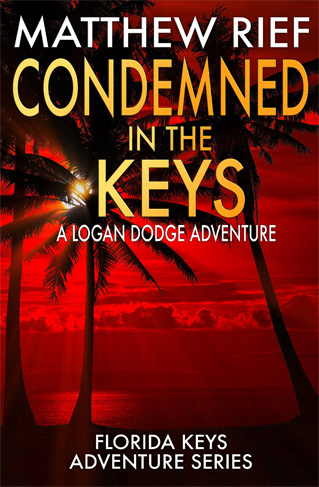 Condemned in the Keys

For the first time in his life, Logan Dodge is on the wrong side of the law…

Framed for murder, the former Navy SEAL fights to retain his freedom as the eyes of the nation glare upon Key West.

In the midst of his battle to keep his head above water, Logan’s troubles are amplified when he finds himself pitted against an illegal arms dealer looking to strike it rich by recovering a secret arsenal hidden away in the Gulf of Mexico.

Will Logan clear his name or face disgrace and a hefty prison sentence? And can he defeat the powerful, cold-blooded criminal who’s willing to win at any cost?

Logan and his island crew have their work cut out for them in this thrilling bar fighting, boat chasing, scuba diving adventure in the Florida Keys.