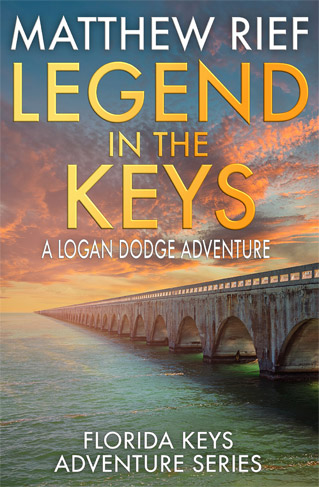 Legend in the Keys

Former Navy SEAL Logan Dodge and his friends team up with a has-been treasure hunter on the most daring and dangerous search of his career. Their target is a precious lost diamond that was supposedly hidden away somewhere in the Florida Keys.

Following hundred-year-old clues, they race to find the diamond while fighting off one of the most ruthless villains they’ve ever faced: a cold blooded Albanian mafia leader hell-bent on taking the diamond for herself and killing whoever stands in her way.

The search is on in this high stakes treasure hunting, scuba diving, guns blazing, rip-roaring adventure in paradise.