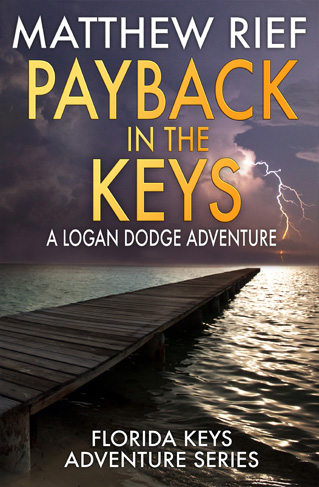 Payback in the Keys

The past has a knack for catching up to us… and for Logan Dodge, the ghosts of bygone times have returned with the vengeance of a raging hurricane.

In the 13th installment in the Florida Keys Adventure Series, Logan faces off against a twisted former brother in arms and a disgraced crime boss hell-bent on exacting merciless revenge. The odds mount high against Logan and his Key West crew, and the former Navy SEAL will be pushed to his limits while the lives of his family and countless others hang in the balance.

Payback in the Keys is a high-stakes, full-throttle action-adventure set in the beautiful Florida Keys. Brace yourselves. The storm is coming.