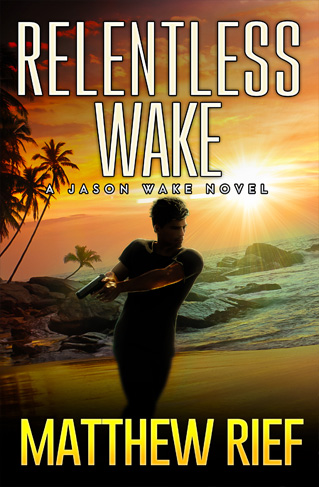 While investigating a series of underwater explosions in the Virgin Islands, Jason Wake and his team of covert operatives are attacked by a mysterious group of highly trained killers. Fighting back and tracking their unknown enemies, they connect the dots to a vicious Russian oligarch obsessed with unearthing a famous lost treasure and spoiling a tropical paradise.

From the Leeward Islands to the canals of Venice and the rolling hills of Scotland, Jason will stop at nothing to take down the conniving criminal and ensure that any discovered riches end up in the right hands. Pushed to the edge, Jason will test his mettle against his most dangerous and vile adversaries yet—a deadly list of murderers that includes a notoriously barbaric former Spetsnaz operative.

Jam-packed with heart-pounding escapes, nail-biting confrontations, and a double shot of action beneath the waves, the third Jason Wake adventure is sure to keep you on the edge of your seat and leave you breathless.