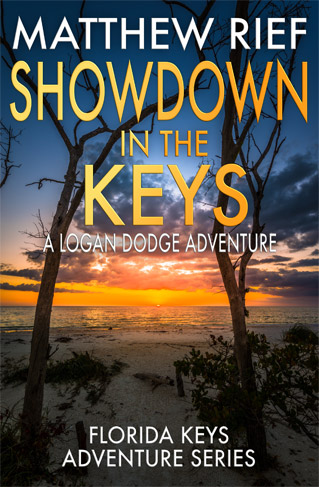 Showdown in the Keys

Months after taking down a sex trafficking operation, former Navy SEAL Logan Dodge is finally falling back into his normal island lifestyle. But when his politician friend discovers the location of a corrupt billionaire on the run, Logan jumps at the chance to put an end to the vile businessman for good.

Logan and his friends travel across the Caribbean to engage and put an end to the corruption. But when the powerful billionaire slips through their fingers, he retaliates by sending a group of highly trained killers to Key West to take down Logan for good.

As the innocent body count begins to rise, Logan will need to make the boldest move of his life if he’s going to put an end to the corruption. Jam-packed with diving, boating, gunfights, and non-stop action, the tenth Logan Dodge adventure is sure to keep you on the edge of your seat.